The colonists.  Fleeing persecution, braving all manner of hazards to come to the New World, the land of opportunity, of freedom.  Some of them had children on the ships, some in the bitter winter for which they were ill-prepared, but they persevered.  Some of the babies died, and parents had to dig their graves in the frozen ground.

The settlers.  The pioneers.  Forging west, traveling in covered wagons through dangerous territories to stake a claim in the open spaces, away from the overcrowding and poverty of the cities.  From the big woods to the prairies . . . families struggled together against starvation and natural disasters.  Some of the babies died, and parents had to dig their graves out of the rocky soil.

The European immigrants.  Fleeing persecution (again), or poverty, or both of those and more, packed too densely, along with their little ones, into ships for long ocean voyages.  They landed on the shore of New York, were processed hastily, and accepted new versions of their names — anything for the opportunity to live in peace, to find opportunity.  Most of our last names can be traced to records at Ellis Island, even though most of our great-great-great grandparents couldn’t speak the language well enough to understand or read what was written.  Some of the babies died, and parents had to submit to burial at sea, or a grave on a strange new shore.

It was all so poetic, wasn’t it — the tired, the poor, yearning to be free . . . brave parents risking everything to give their children a better life.  We see them arrive, struggle, fail, succeed — as families. Together.

They come through the appropriate checkpoint, the one that legally allows them to apply for asylum.  Their children are taken from them. The watching world knows that the children are being shoved into camps . . . the conditions are deplorable.  Word gets out — there’s not enough food, there’s no soap, no diapers. Children are being put in charge of the care of other children.

Babies die.  Alone, in the arms of strangers or on a concrete floor. Where will they be buried?  Will their parents ever know?  Will they ever be able to visit the grave?

How desperate does a mother have to be, to risk separation from her children, to risk their very lives, in hope of something better?

As desperate as a colonist, fleeing religious persecution?

As desperate as a pioneer or a settler, longing for space, for independence and a better life?

As desperate as a European Immigrant, seeking hope and peace in America, the land of the free and the home of the brave?

Look to the south.

If their skin were white, would they be called colonists, and would we applaud their exploration?

If their skin were white, would they be called pioneers and settlers, and would we applaud their bravery?

If their skin were white, would we perhaps misspell their name but understand that our grandchildren, and our great-grandchildren, will have that name?

What if their skin were white — what would they be called? 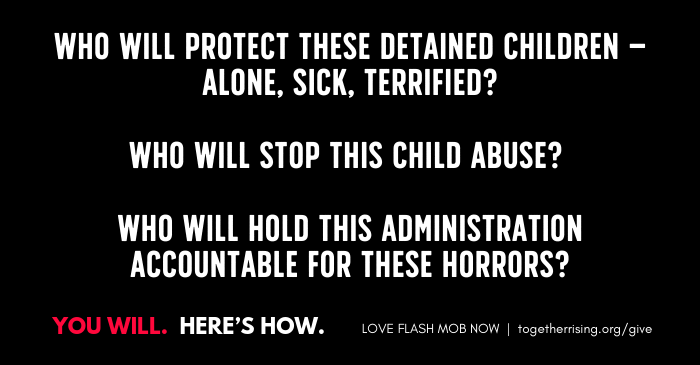 View all posts by heychristy

Stuff I Write About